The sad reality of a lionesses life 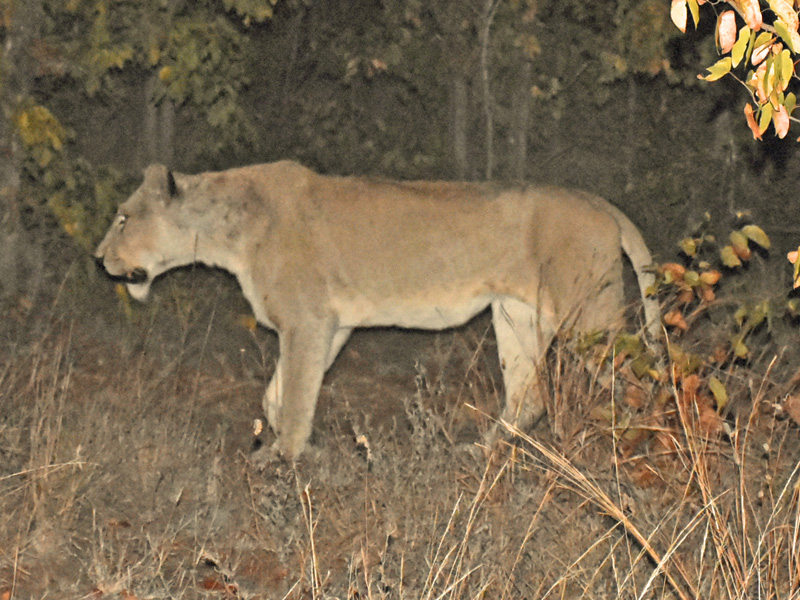 After following up on fresh lions tracks and lion calls from the morning we were successful in locating this solitary lioness. It was an unusual encounter as the feelings for both myself and my guests were mixed. With first initial excitement about locating the queen of the jungle to a sudden feeling of concern and sadness as her condition became evident by the knobbly spinal bones sticking out and ribs with any flesh over them. She barely moved as we approached her and first had cold stare at us before resting her head back on the ground and did not flinch again after that. We didn’t overstay our welcome and gave her privacy and space as this animal was clearly struggling. Her biggest threat at this stage would be succumbing to a clan of Hyenas.

Some interesting facts about female lions:

Most habitats except for rain forests and true dessert.

Can survive for 9 days without water

– Ranging from Elephant to Birds and everything in between. – Average daily intake is 7kg. – Feeding on other carnivores and cannibalism has been reported.

– The only social wild cats.

– Females will only conceive to new males that have taken over a pride after that Male has established his status against other challenges.

– Female prides with no resident males do exist although not common.

– Solitary females living away from any pride and independent for the duration of their lives do occur. Living a life similar to that of a Leopard. Several reasons could lead to this.